SERBIAN FB REPORTER IN FOREIGN LANGUAGES: Our mission is breaking "media blackout" from and about Serbia… You can read us in English, Russian and many other languages…
1 Comment

Posted by РЕПОРТЕР on 14. October 2012. in crimes against Serbs, Kosovo, Serbia, war crimes

A classified document obtained by FRANCE 24 suggests the United Nations knew about organ trafficking in postwar Kosovo as early as 2003, five years before prosecutors in The Hague first raised the issue. 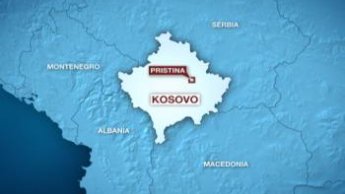 UN Secretary General Ban Ki-moon was expected to deliver a report on the situation in Kosovo to the Security Council in New York on Wednesday, reaffirming UN support for investigations into human organ trafficking during Kosovo’s postwar period.

But a classified document obtained by FRANCE 24 indicates the UN knew of trafficking well before the issue was first raised by Carla del Ponte, a former prosecutor at the International Criminal Tribunal for the former Yugoslavia, in her memoirs published in 2008.

The report, dating from 2003, is an incomplete compilation of investigations carried out by UNMIK, the UN mission in Kosovo. It describes organ trafficking that took place from 1999 to 2000, immediately after Kosovo’s NATO-backed independence war.

The document, also obtained by the Italian news agency TMnews, details how senior commanders of the guerilla Kosovo Liberation Army (KLA) obtained and trafficked organs out of Kosovo and Albania.

The alleged victims were mostly Serbian men, but also included young women from other Eastern European countries. They were taken to clandestine detention centres and private homes in Albania where their vital organs were extracted, leading to their death, the report says.

The classified document also describes cases of torture, execution and burial of Serbs as retribution for crimes committed against ethnic Albanians.

The 2003 document has never been presented to the European Union’s police and justice mission in Kosovo (EULEX), which is in charge of investigating crimes committed during the war.

The first public allegations of organ trafficking by del Ponte gained little notice. But a report commissioned by the Parliamentary Assembly of the Council of Europe (PACE) – a prominent European human rights body – and authored by Swiss lawmaker Dick Marty in late 2010 gained much more attention.

At the time these crimes were allegedly happening, tens of thousands of troops were deployed in Kosovo by the UN, as well as the Organisation for Security and Cooperation in Europe and NATO, to ensure the security of civilians.